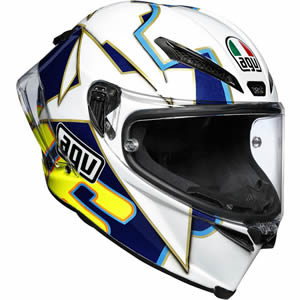 This livery is the replica of the one worn at the end of the Sepang Grand Prix in 2003, to celebrate the fifth world title win - the third consecutive victory in the premier class of motorcycle road racing. The graphics that feature on the helmet are dominated by a sizable number 1, which appears on the front of the shell.

This livery is unique, as Rossi has always favored the number 46, his historic race number. Despite his nine world titles, Valentino has never raced with number 1 on the fairing of his bike, and has always relegated it to a more minor “detail” on his racing suits. The sides and top of the helmet bear five stars, representing the Championships won by Rossi.

Meanwhile, the classic sun image appears on the back of the shell, this time in a “tribal” design against an orange background.

Only 2003 of these replica helmets will be produced.

Each helmet will be delivered with a dedicated pack containing a letter written by Valentino Rossi. In the letter, he explains first hand the ideas that led to the creation of the graphic, and he shares memories and emotions generated by the specific race he wore it at.

Replica number 46 of this graphic will be given to Valentino for his private collection. Fans, collectors, and enthusiasts won’t want to miss this unbeatable opportunity to own, wear, and preserve a unique piece from the history of MotoGP that tells the legend of one of the greatest athletes in the history of this sport. 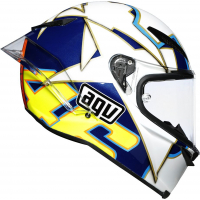 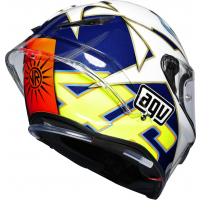 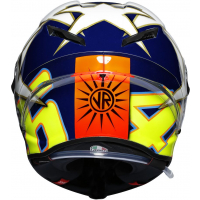 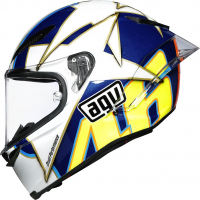 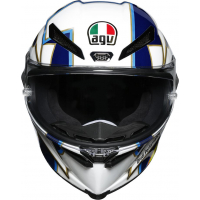 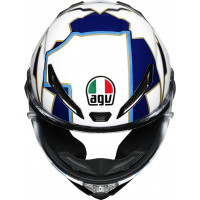